Perilous Jaren (a name only he calls himself ) is a skilled pirate with a reputation for being a scalawag at some times and a bloodthirsty murderer at others. Born in Port Peril, Jaren learned the pirating trade at a young age, accompanying his pirate father, Captain Black Dog, on raids from the age of seven. His father’s crew all took part in raising him as a child, and his father’s many “wives” ensured that he was never wont for a mother, even though his own mother had died giving birth to him. Jaren grew up with the belief that he would follow in his father’s footsteps, one day taking over his ship and carrying on the family reputation.

Jaren is currently the first mate aboard the Wavecrest. 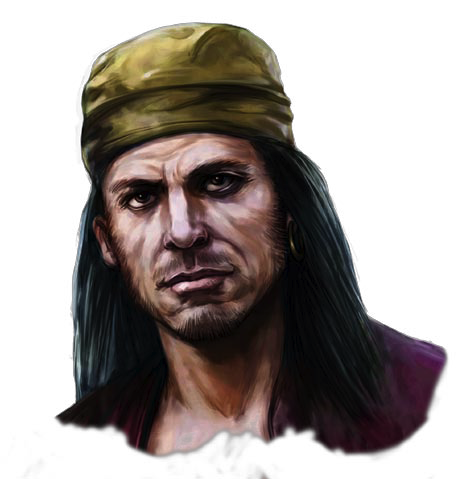