a twisted metal crescent which emanates a magical aura

Description This twisted piece of metal has all the markings of having recently been rejected from a forge as scrap—the edges are unpolished, and it bears black scorch marks of varying intensity. For the purposes of its special abilities, its caster level is reset to be equal to its wearer’s hit dice whenever it is donned.

This item absorbs fire damage that would otherwise be taken by whoever wears it. After absorbing this damage, the GM rolls percentile dice. If the result is equal to or less than the total amount of damage absorbed, fire explodes out in a 20-foot radius dealing the amount of damage that the torque has absorbed. This resets the total to 0. Reflex DC (Cha mod + half CL + 10) for half. If no one is wearing the torc then it absorbs no fire damage.

As a standard action the wearer can send a close range bolt of fire as a touch attack dealing 1d4 fire damage per hit die (max 20d4). Natural 1s and natural 20s automatically confirm. This ability is useable 5 times per day, resetting at local midnight.

Once per week the wearer of the torc can use raise dead as a spell-like ability. The target of this spell is also subjected to a bestow curse effect, with the details determined by the GM.

The torc is currently in the possession of Captain Leitauk of The Quipper, who reclaimed it after the death of Master Scourge aboard the Man’s Promise.

The item was used by Master Scourge in the time between the PCs joining the crew of The Wormwood and during his stint as First Mate aboard the Man’s Promise.

Prior to Master Scourge, the torc was worn by Lance-Private Leitauk, who was gifted it by her brother, Sergeant Torauk of the Crashing Horde Tribe. 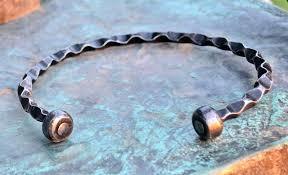